RELEASE: TARYAN TOWERS IS BUILT IN KIEV – A HOUSE WITH TWO-FLOOR GLASS BRIDGES AND A WALK TRACK AT THE HEIGHT OF MORE THAN 100 METERS

TARYAN TOWERS consists of three 31-storey towers with accessible roofs, which will be connected by two-storey glass bridge. The upper level of the bridges will be open and will be also used as the viewing platform, the developer will place the indoor 370-meter long walking track, which will bend around the contour of each tower. The part of the sectionons on the floor of the bridge will be transparent and will allow the residents to look at Kyiv at the bird’s-eye view.

“Residents will be able to walk at a height of over 100 meters, and enjoy each roof with its concept: author’s panoramic restaurant, a fpark with a lake and winter Garden, and the Museum of the future with area of innovations and entertainment, a cinema and a planetarium,” says the founder of development company Taryan Group Arthur Mkhitaryan. 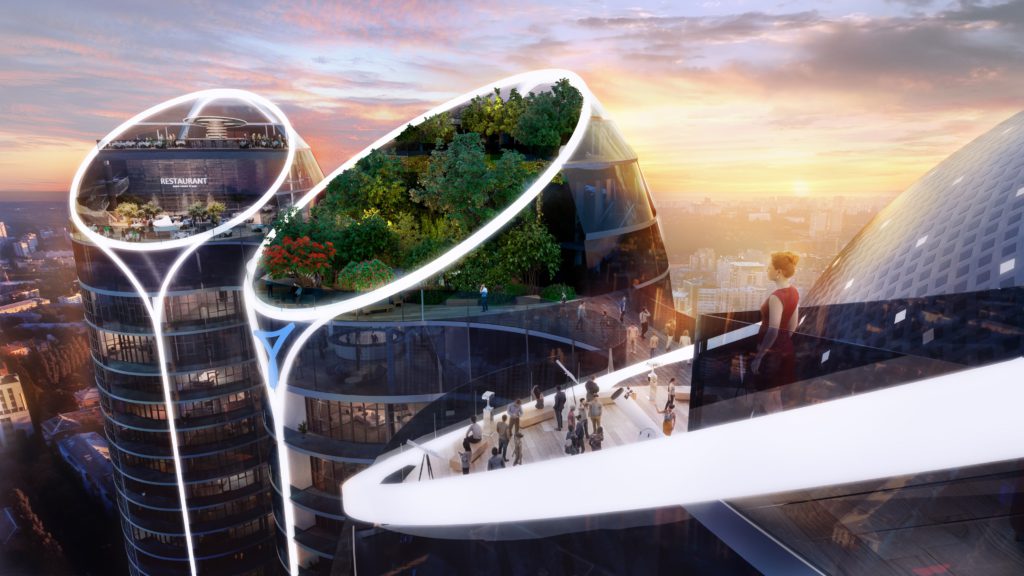 The visual image and architecture of the residential complex was created by the famous British architect John Dawes. “We hope that TARYAN TOWERS will become a new sight of Ukraine,” adds Arthur Mkhitaryan.The developer also provided for the residential complex a large-scale infrastructure with an area of more than 10,000 sqm: a shopping center with a gallery of premium boutiques and a supermarket, a special format of the lifesteal club TSARSKY with a fitness area, a sauna, a hammam and SPA, indoor and outdoor swimming pools, restaurants and cafes, own children’s school of early development and much more. 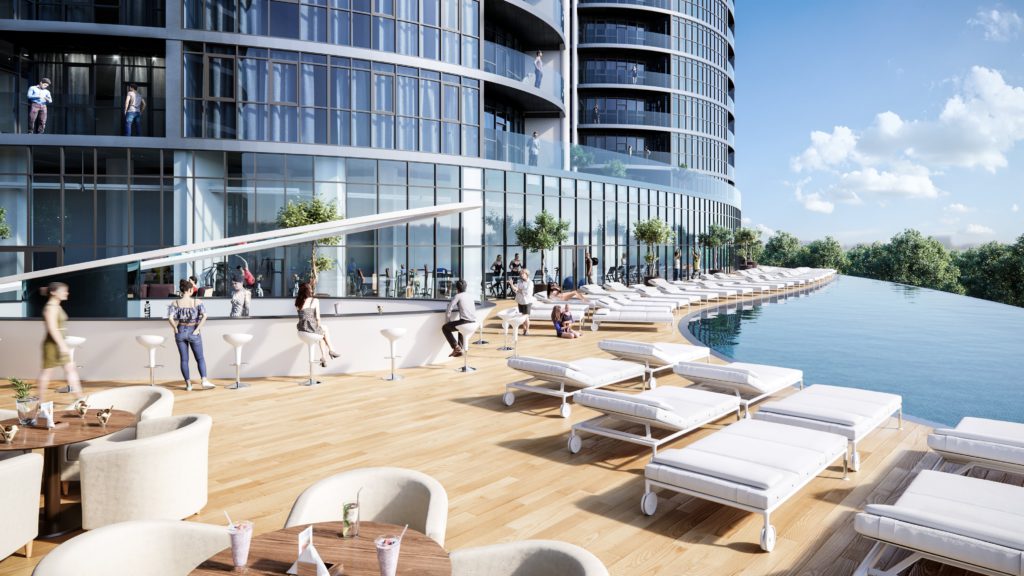 TARYAN TOWERS is being built in the center of Pechersk at the address: John Paul II (Patrice Lumumba), 12. The total area of the project with infrastructure will be more than 145 000 sq.m. In each of the towers of TARYAN TOWERS there will be 214 apartments and 5 elevators. The complex has an underground parking with 670 parking spaces, including guest parking. The first tower TARYAN plans to  complete in the third quarter of 2019, and the entire TARYAN TOWERS residential complex will be ready by the end of 2020. 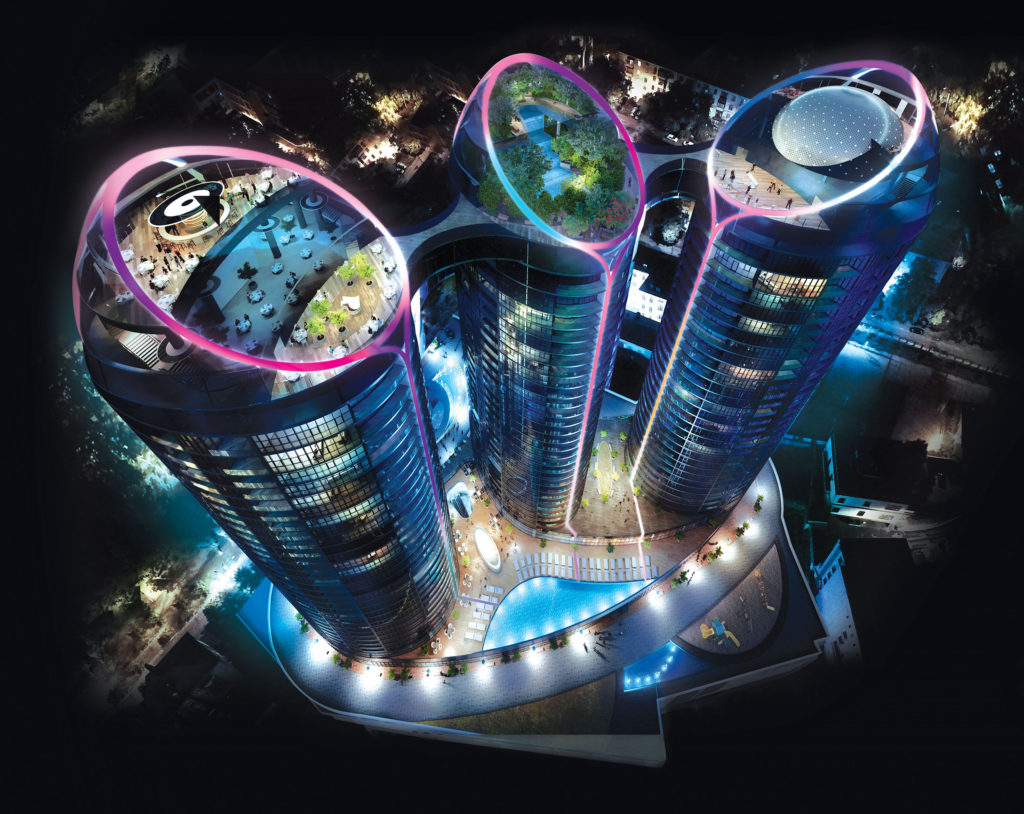 The investment-development company TARYAN Group was created by Arthur Mkhitaryan in 2011. The first project was the life club TSARSKY. In the summer of 2016 the company completed the construction of a house with the first in Ukraine  park on the roof of the Royal Tower, and now completes the construction of JACK HOUSE –  house with a recreation area on the roof of the Jack Club, where there will be a thermal pool with a sun lounge zone, a panoramic restaurant and fitness with a spa-zone. In December 2015, the group included one of the largest Kiev developers “Poznyakizhilstroy”, which acts as a general contractor. 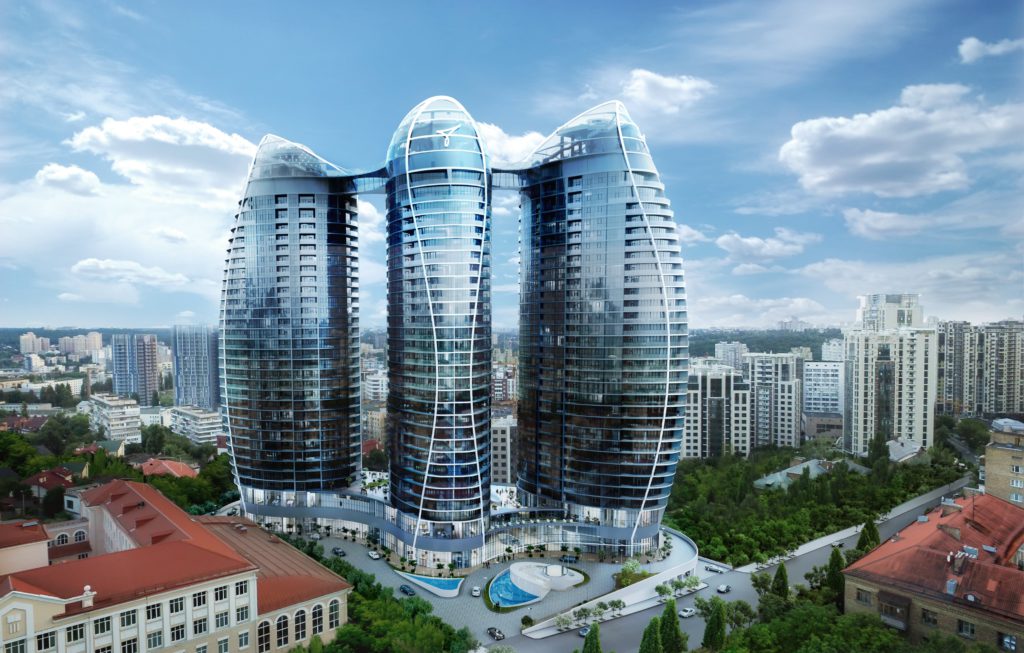