Nver Mkhitaryan, who founded the “Poznyakizhilstroy” in 1996, will focus on the development of an international company Emerald Palace Group (specializing in the construction of hotels and resort-class “luxury” complexes). In the EPG list: Hotel Kempinski Hotel & Residences Palm Jumeirah in Dubai. 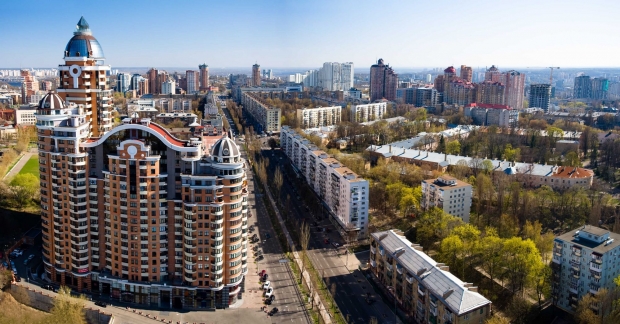 Brand “Poznyakizhilstroy” after the transfer of shares will be kept at the high level of confidence in the consumer. In this real estate development function will take over Taryan Group, whose flagship is today the life-style club Tsarsky.

“For 20 years, the world of the consumer has changed dramatically – said Arthur Mkhitaryan -. Human Previously arranged a nice apartment Today, people want more than just square footage, they want to buy life Therefore, my main task, on the one hand, to preserve the tradition and quality.. construction has always distinguished “Poznyakizhilstroy”, and on the other – to offer the market new technologies and unusual solutions – for example, on the roof of the park. ”

Corporation “Poznyakizhilstroy,” one of the largest Ukrainian developers, was founded in 1996. For almost twenty years of built and commissioned the building area of more than 1 million square meters, including the famous house of red brick, including house-wave in Tsarskoye Selo, the Twin Towers on the Boulevard Lesi Ukrainian and house Kovpaka, 17.

Arthur Mkhitaryan almost ten years of dedicated work in the Corporation “Poznyakizhilstroy”, where he started as an ordinary advertising manager – to the business manager, and after the owner.